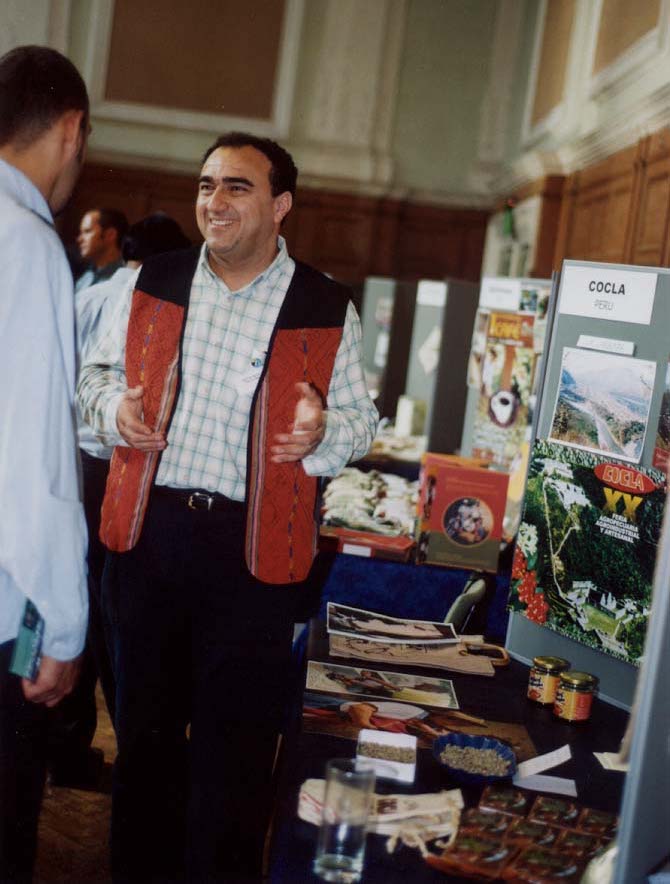 In 1994, Raúl del Águila became the general manager of the Agrarian Cooperative of La Convención and Lares (COCLA). COCLA is a small producers’ organization made up of 23 primary cooperatives in Peru, the members of which produce primarily coffee and cacao for export.

COCLA was founded by farmers who were among the first sharecroppers in South America to revolt against the feudal conditions on the large plantations. In the 1970s, it was one of the four largest co-operatives in Peru. In the economic chaos of the 1980s, the organization had disintegrated.

In the 1990s, Raúl set out to rebuild trust among villages and farmers and encouraged differences of opinion to re-energize the coop. Under Raúl's leadership, COCLA was once again in the top coffee exporting organizations in Peru. Today, COCLA produces tea, honey, soya, beans and cocoa, in addition to coffee. In 2006, COCLA founded a centre that provides women with social services (Casa Comunitaria de Servicios Sociales).

“Fairtrade is a change agent. It promotes a new way of being; producers farm more responsibly, companies do business more responsibly and consumers purchase more responsibly. And it works because it’s about involving people throughout the whole system in deciding and making this change.”Raúl del Águila

Raúl was also the co-founder and the president of Pachamama Coffee Cooperative in the USA. It was his dream to connect the producers and consumers of specialty coffee through an efficient cooperative supply chain.

Raúl del Águila served as the Secretary of the Latin American and Caribbean Network of Small Fair Trade Producers (CLAC) from 1999 to 2002. During this period, Raúl participated in the meetings of FLO members, known as Meeting of Members, in representation of producers. From 2006 to 2010 he was CLAC president. He worked and fought hard for small producers to gain more presence in the Fair Trade System.

Raúl was on the Board of Fair Trade International from 2006 until 2012. From 2010, he also headed FUNDEPPO’s Supervisory Commission. He was International Honoree for the 2010 Human Rights Awards.

Raúl del Águila passed away on 13 February 2013, while in Germany.